Abstract: Smart cameras combine video sensing, processing, and communication on a single embedded platform. Networks of smart cameras are real-time distributed embedded systems that perform computer vision using multiple cameras. This new approach has emerged thanks to a confluence of simultaneous advances in four key disciplines: computer vision, image sensors, embedded computing, and sensor networks. Recently these networks have gained a lot of interest in research and industry; applications include surveillance, assisted living and smart environments. In this talk I will introduce some fundamentals of the emerging field of smart camera systems, present selected examples and discuss trends and challenges for future systems. 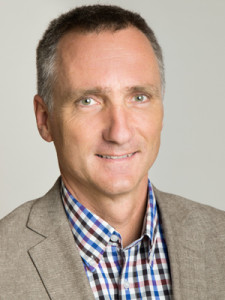 Bio: Bernhard Rinner is professor at the Alpen-Adria-Universität Klagenfurt, Austria where he is heading the Pervasive Computing group. He is deputy head of the Institute of Networked and Embedded Systems and served as vice dean of the Faculty of Technical Sciences from 2008-2011. Before joining Klagenfurt he was with Graz University of Technology and held research positions at the Department of Computer Sciences at the University of Texas at Austin in 1995 and 1998/99.

His current research interests include embedded computing, sensor networks and pervasive computing.  Bernhard Rinner has been co-founder and general chair of the ACM/IEEE International Conference on Distributed Smart Cameras and has served as chief editor of a special issue on this topic in The Proceedings of the IEEE.  Currently, he is Associate Editor for Ad Hoc Networks Journal and EURASIP Journal on Embedded Systems. Together with partners from four European universities, he has jointly initiated the Erasmus Mundus Joint Doctorate Program on Interactive and Cognitive Environments (ICE). He is member of IEE and IFIP and member of the board of the Austrian Science Fund.

Abstract: Watching video over the Web is without a doubt the most popular way to access both free and premium content on connected devices for all kinds of consumers from novices to professionals. The underlying technology, called HTTP adaptive streaming, is quite straightforward; however, it does not always result in the most pleasant viewer experience due to quality fluctuations. This can cause dissatisfaction for consumers, leading to revenue loss for providers in both managed and unmanaged video services. In this talk, we will explain a new approach to adaptive streaming that we refer to as Content Aware Streaming. This is not just another adaptive streaming algorithm but a completely untraditional streaming toolset that enables premium viewer experience with minimal cost to the provider. After we briefly cover what solutions have been proposed for existing problems, and what worked and did not work for consumers and providers, we take a stab at clarifying some of the recent public announcements that have been largely misunderstood by the streaming community. Most importantly, we explain why content-based encoding is not the solution by itself to the problems most providers are facing today.

Bio: Ali C. Begen has joined MediaMelon, Inc. as the principal architect for streaming technologies in February 2016, where he is currently heading the development efforts for MediaMelon’s content-aware streaming solutions that enable premium viewer experience while minimizing operational costs and improving profitability. He has been a research and development engineer since 2001, and has broad experience in mathematical modeling, performance analysis, optimization, standards development and intellectual property innovation. Between 2007 and 2015, he was with the Video and Content Platforms Research and Advanced Development Group at Cisco, where he has architected, designed and developed algorithms, protocols, products and solutions in the service provider and enterprise video domains. Since 2007, he has been leading professional and academic projects, and teaching graduate-level courses and giving lectures in universities around the world.

Ali holds a Ph.D. degree in electrical and computer engineering from Georgia Tech. He received a number of scholar and industry awards, and he has editorial positions in prestigious magazines and journals in the field. He is a senior member of the IEEE and a senior member of the ACM. More recently, in January 2016, he was elected as a distinguished lecturer by the IEEE Communications Society. Further information on his projects, publications, keynotes, tutorials, and teaching, standards and professional activities can be found at http://ali.begen.net.

Abstract: Traditionally, multimedia applications have primarily engaged two of the human senses ? the audio and the visual ? out of the five possible. With recent advances in computational technology, it is now possible to talk of applications that engage the other three senses, as well: tactile, olfaction, and gustatory. This integration leads to a paradigm shift away from the old multimedia towards the new mulsemedia : multiple sensorial media. In his talk, Dr. Ghinea is going to focus on the issue of the perceptual experience of mulsemedia and how research in the area has opened new and sometimes challenging opportunities for mulsemedia applications.

Bio: Dr. Gheorghita Ghinea is a Reader in the School of Information Systems and Computing at Brunel University, United Kingdom. He received the B.Sc. and B.Sc. (Hons) degrees in Computer Science and Mathematics, in 1993 and 1994, respectively, and the M.Sc. degree in Computer Science, in 1996, from the University of the Witwatersrand, Johannesburg, South Africa; he then received the Ph.D. degree in Computer Science from the University of Reading, United Kingdom, in 2000. His research activities lie at the confluence of Computer Science, Media and Psychology. In particular, his work focuses on the area of perceptual multimedia quality and building end-to-end communication systems incorporating user perceptual requirement. He has over 250 publications in leading international conferences and journals; Dr. Ghinea has co-edited two books on Digital Multimedia Perception and Design, and Multiple Sensorial Media Advance and Applications. He leads a team of 8 researchers and consults regularly to both public and private organisations and bodies in his areas of research expertise. 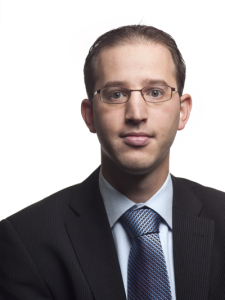 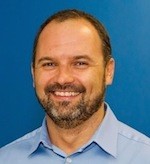 Oge Marques (http://faculty.eng.fau.edu/omarques/) is Professor of Computer and Electrical Engineering and Computer Science at Florida Atlantic University (FAU) (Boca Raton, Florida). He has more than 25 years of teaching and research experience in the fields of image processing and computer vision. His research interests are in the area of intelligent processing of visual information, which combines the fields of image processing, computer vision, image retrieval, machine learning, serious games, and human visual perception. He is particularly interested in the combination of human computation and machine learning techniques to solve computer vision problems. He is the (co-) author of two patents, more than 100 refereed journal and conference papers, and several books in these topics, including the textbook Practical Image and Video Processing Using MATLAB (Wiley-IEEE Press, 2011). He is Editor-in-Chief (with Borko Furht) of the upcoming 3rd edition of the Encyclopedia of Multimedia (http://encyclopediaofmultimedia.com). He is a senior member of both the ACM and the IEEE and a member of the honor societies of Tau Beta Pi, Sigma Xi, Phi Kappa Phi, and Upsilon Pi Epsilon.